The Fan Circle International was founded in 1975, with the aim to promote the knowledge of and interest in fans.
To celebrate its 40th anniversary in 2015, a fan was commissioned from Parisian Fan Maker Sylvain LeGuen, Ma├«tre dŌĆÖArt.
Sylvain LeGuen is a member of the FCI and recognised immediately that the FCI wanted a unique fan which could inspire artisans worldwide to continue with the ancient craft, or to see that many of the techniques used in fan making could be applied to other works of art.
This fan, created in red to celebrate a ŌĆśRubyŌĆÖ anniversary, is in the form of an arrow when closed. When open, it can be seen to comprise of silk fabric and metal. The fabric has been cut in different directions, to maximize light reflection and display the various shades of red and deep pink that are present in the most precious rubies.
The fan is meant as an illustration of the four main different types of fans that have existed through the ages: folding, palmette, cabriolet, bris├®.
Folding
The upper panel is folded in the Origami technique and furthermore ŌĆśpops upŌĆÖ to create a 3-D effect, a specialty of Sylvain LeGuen. The lower silk layer also folds in the traditional fashion.
Palmette
The middle panel has individual shapes which are attached to each stick but not to each other. This, in fan terms, is called ŌĆśpalmetteŌĆÖ (also ŌĆśJenny LindŌĆÖ).
Cabriolet
The three-tier fan thus can be referred to as a ŌĆścabrioletŌĆÖ, a fan made up of two or more concentric leaves.
Bris├®
The central part of the fan displays gold metal sticks that are engraved to celebrate the anniversary. The technique of having full sticks linked together is referred to as ŌĆśbris├®ŌĆÖ.
The fan was presented by Fan Maker Sylvain LeGuen to FCI President Drs. Fransje Hovinga-van Eijsden at the 40th FCI AGM held in Bedford in May 2015.
It has been exhibited on various occasions: at ├ēcole Duperr├® in Paris (See Fan Competition 2017), at the exhibition Fans and Fashion in Saint-Eustache near Annecy, France (click here for more details) and at TennantsŌĆÖ Auction House in Leyburn (click here for more details) .
It is available on request from The Fan Circle International for display in museums or by organisations wishing to promote and illustrate that ancient and yet very contemporary craft: fan making. 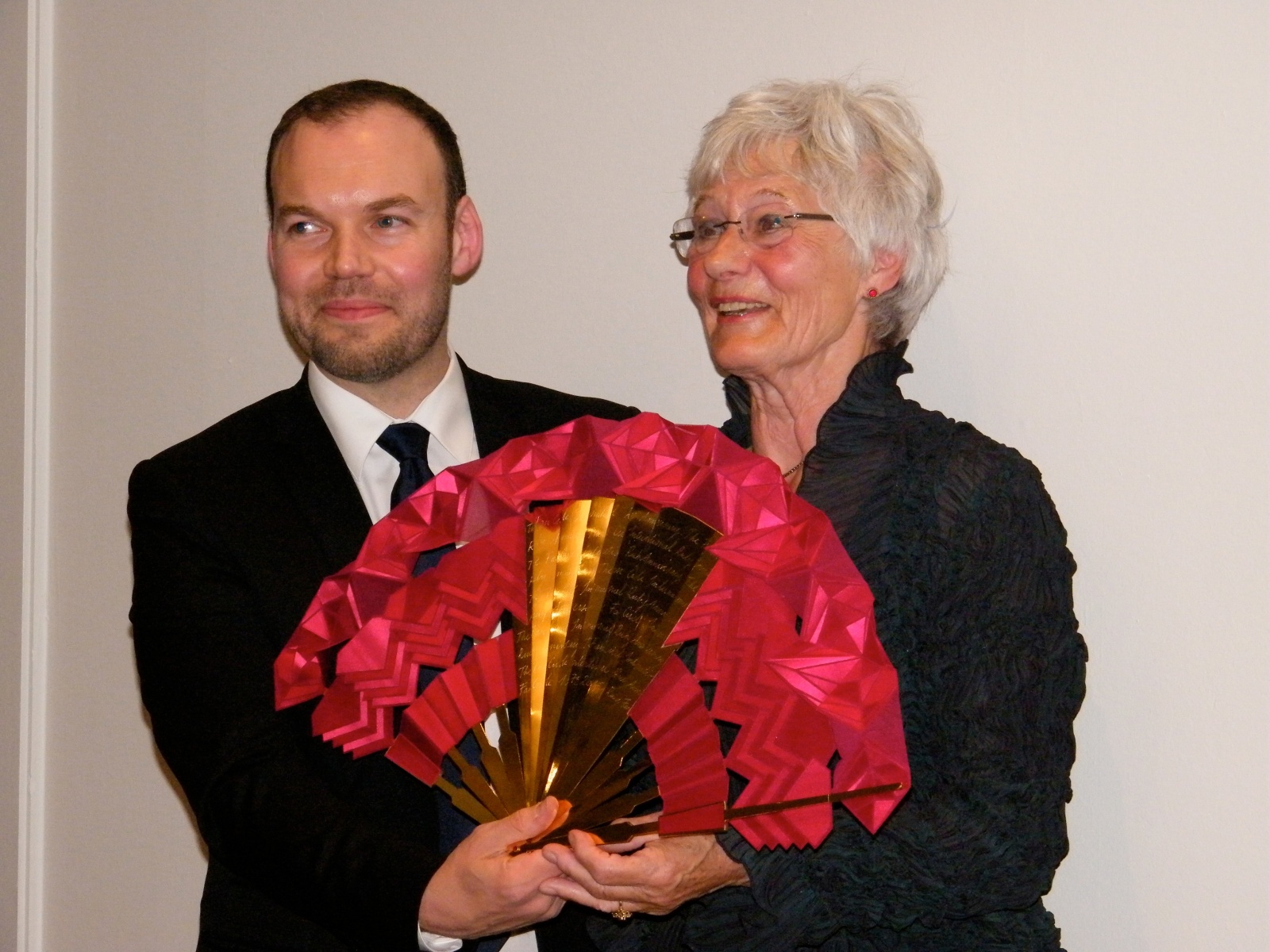 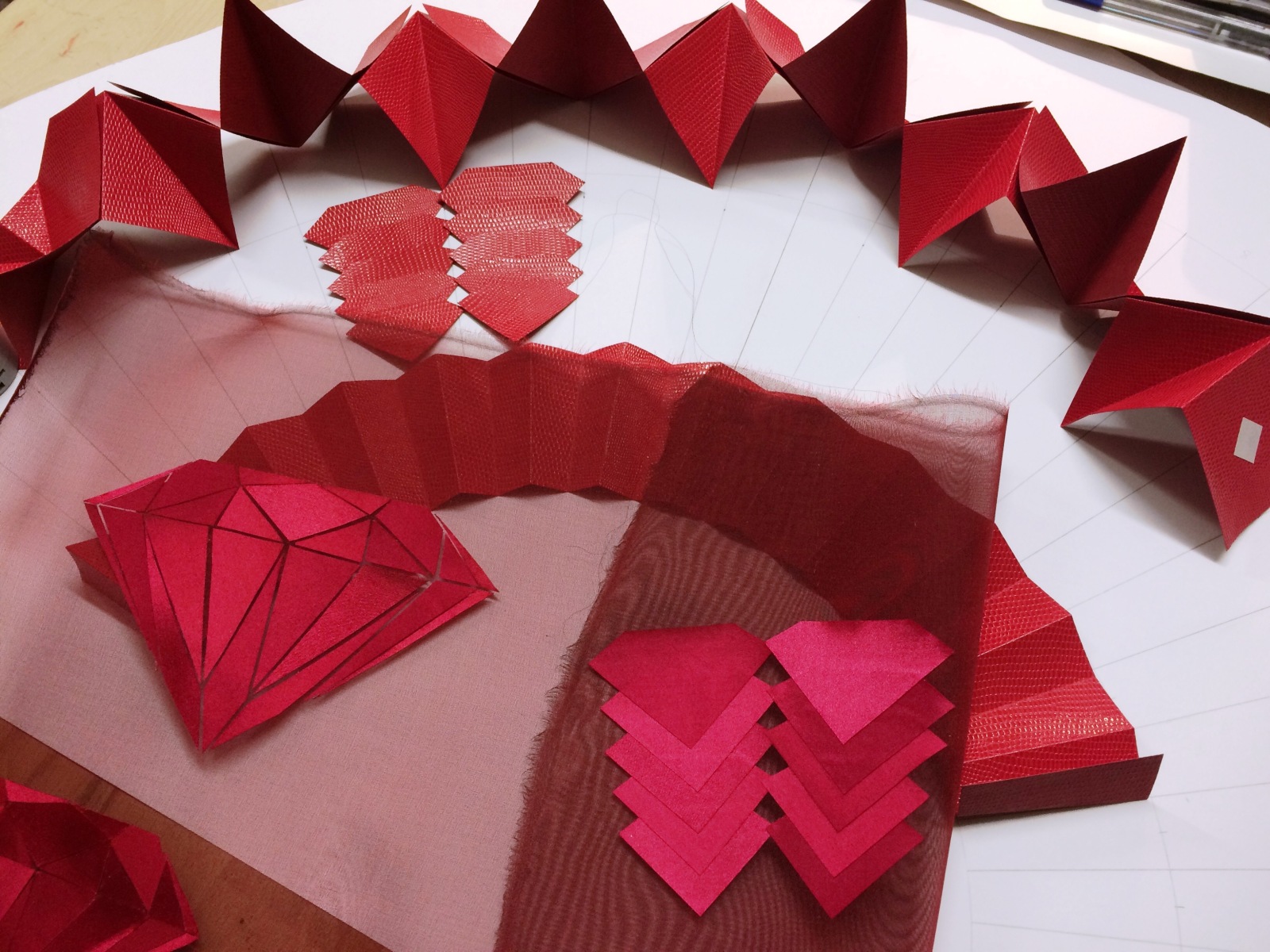 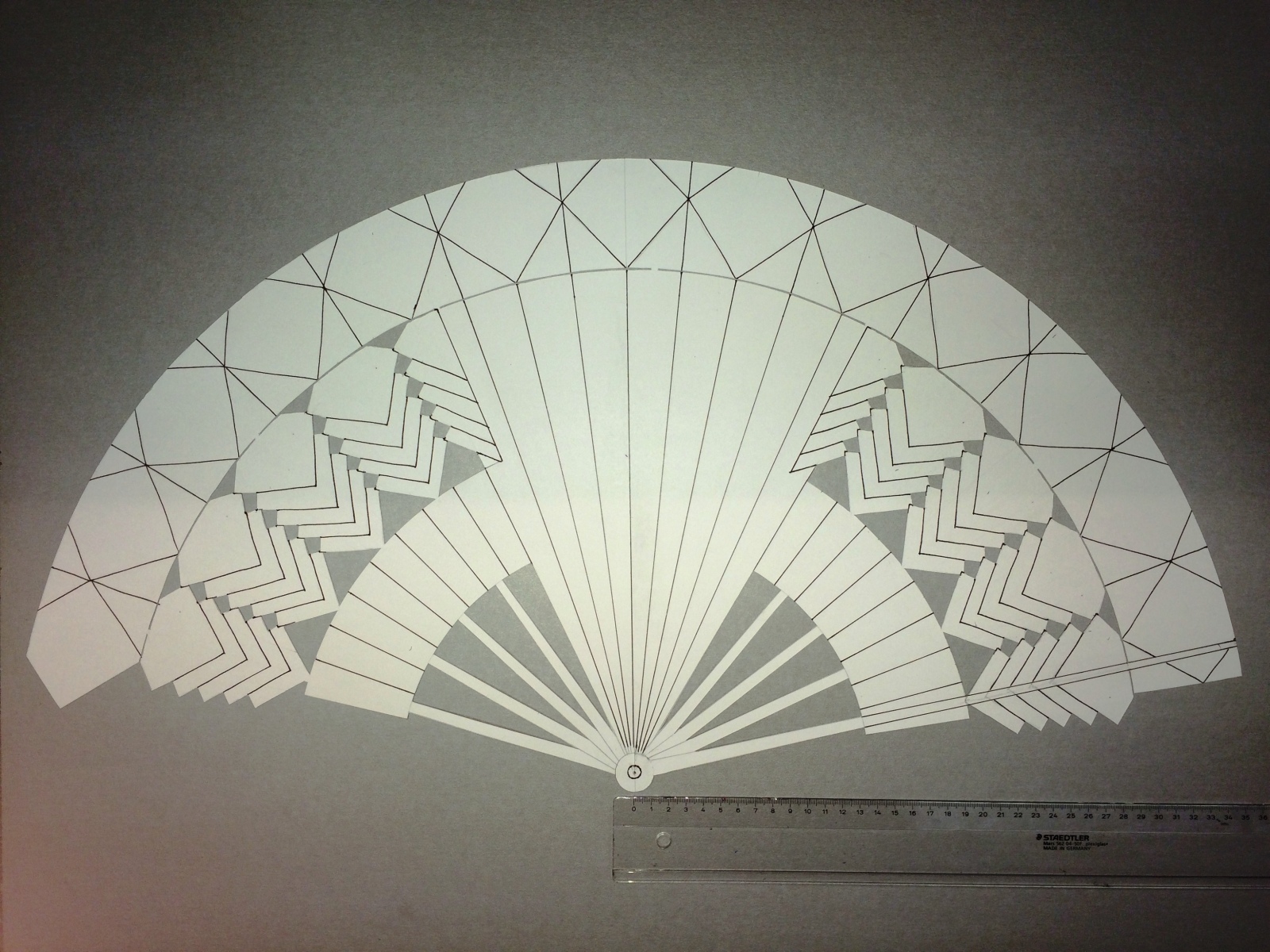 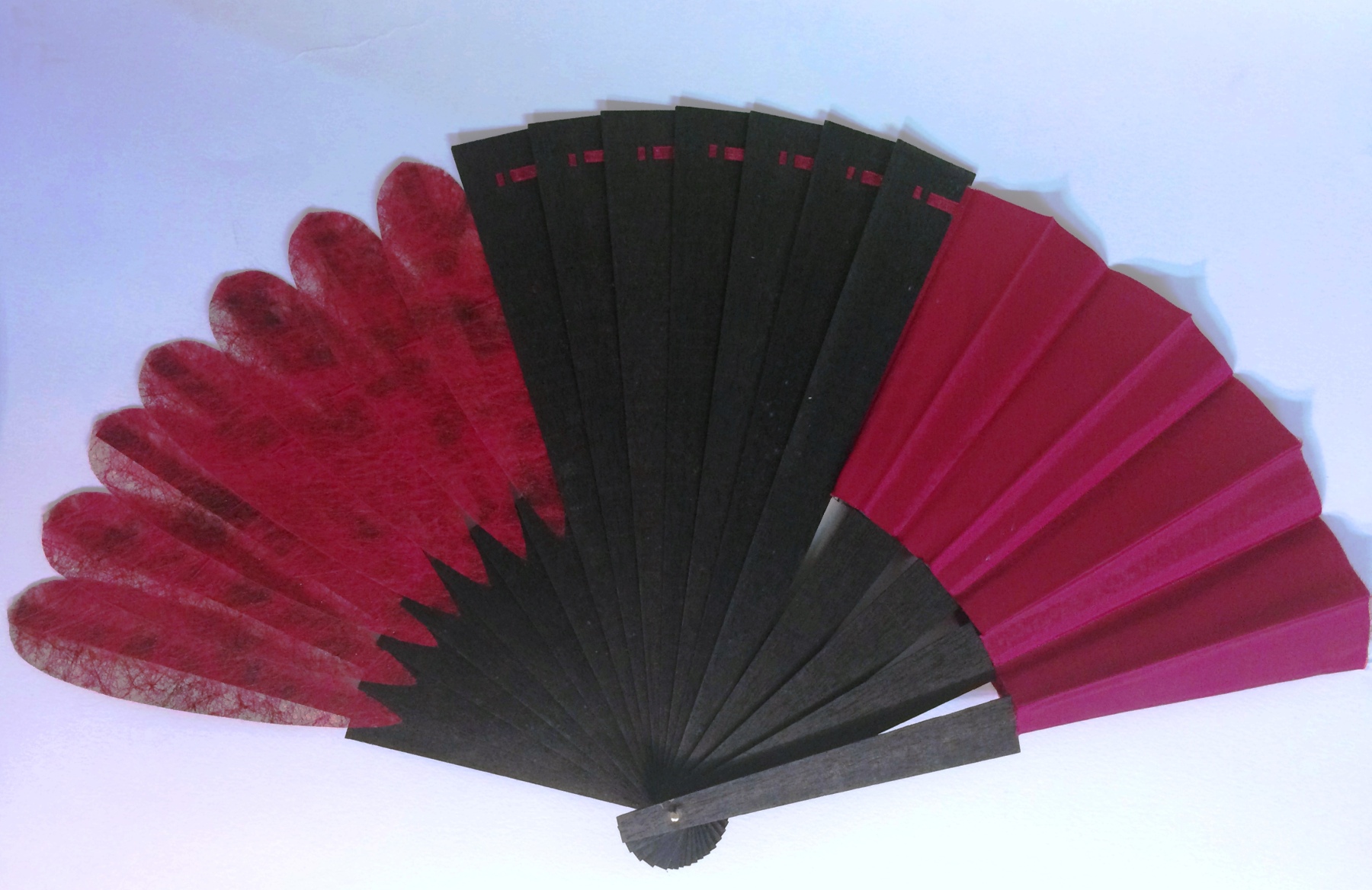 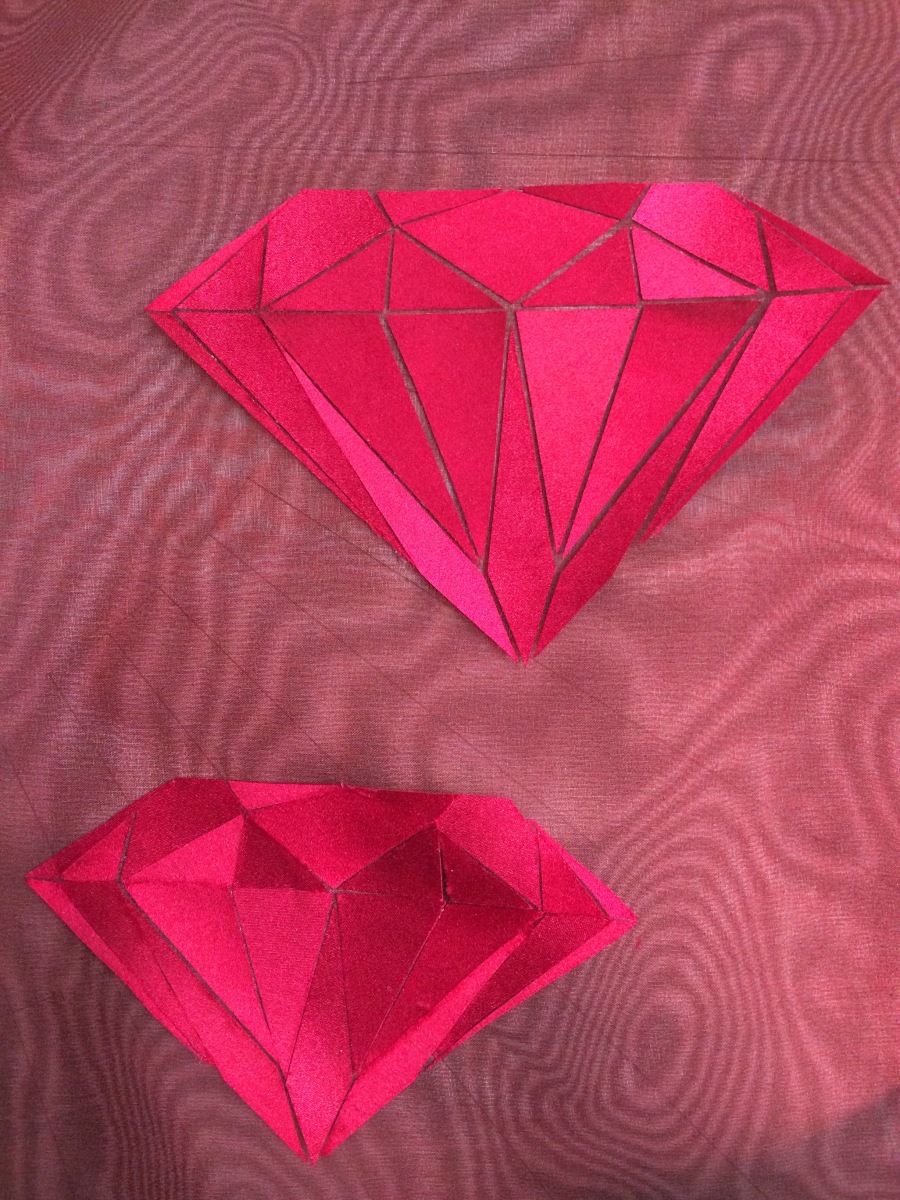 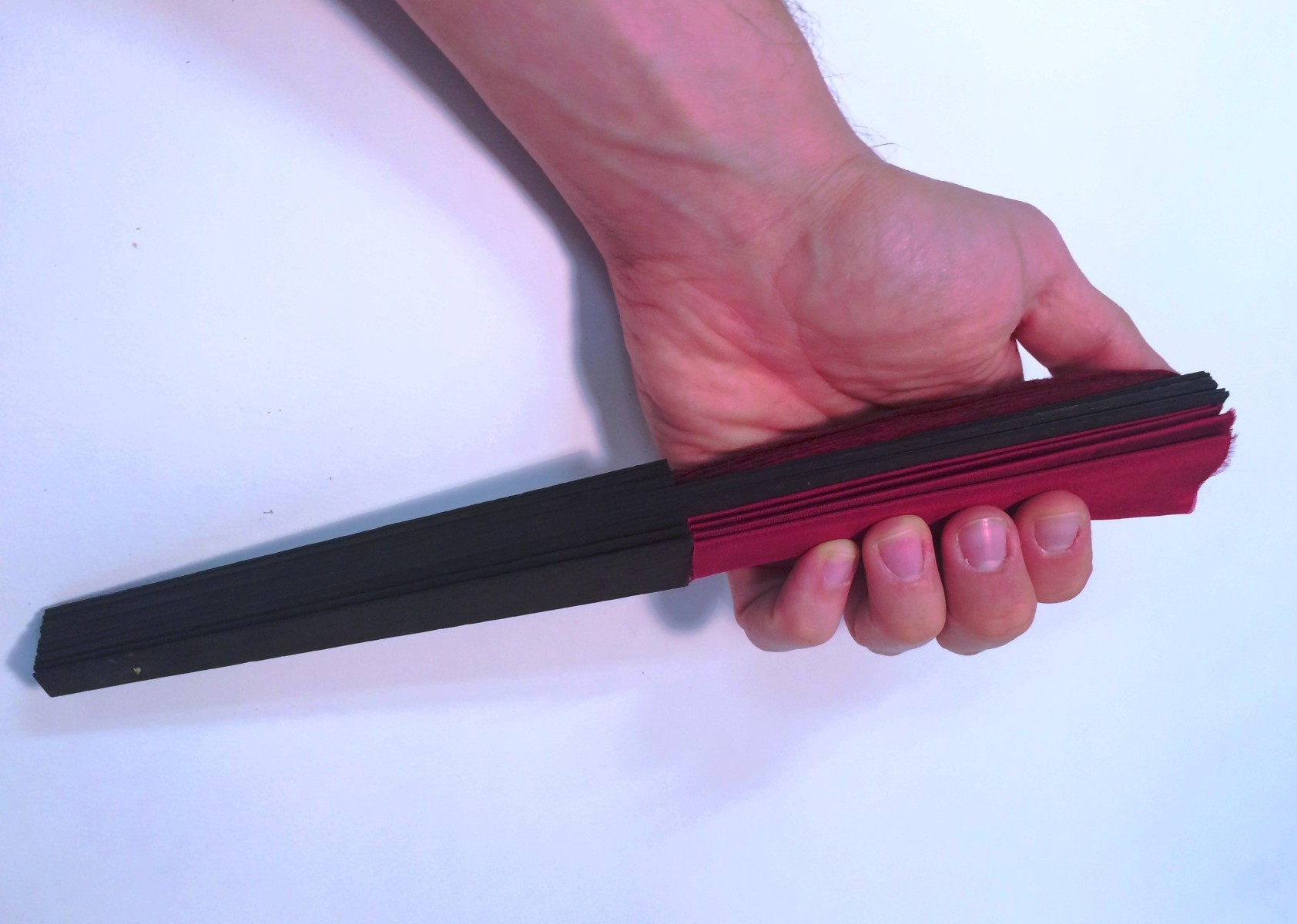 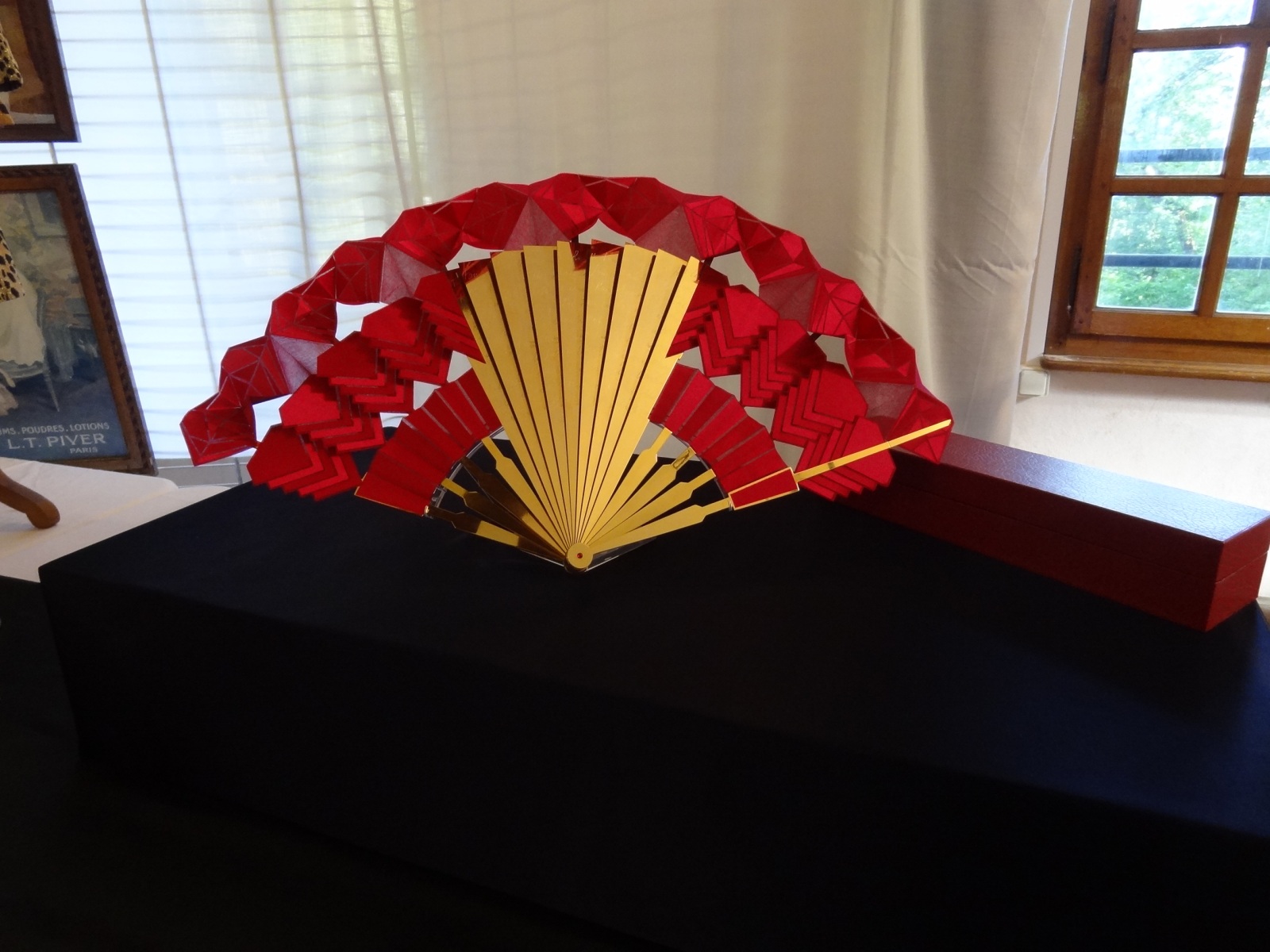 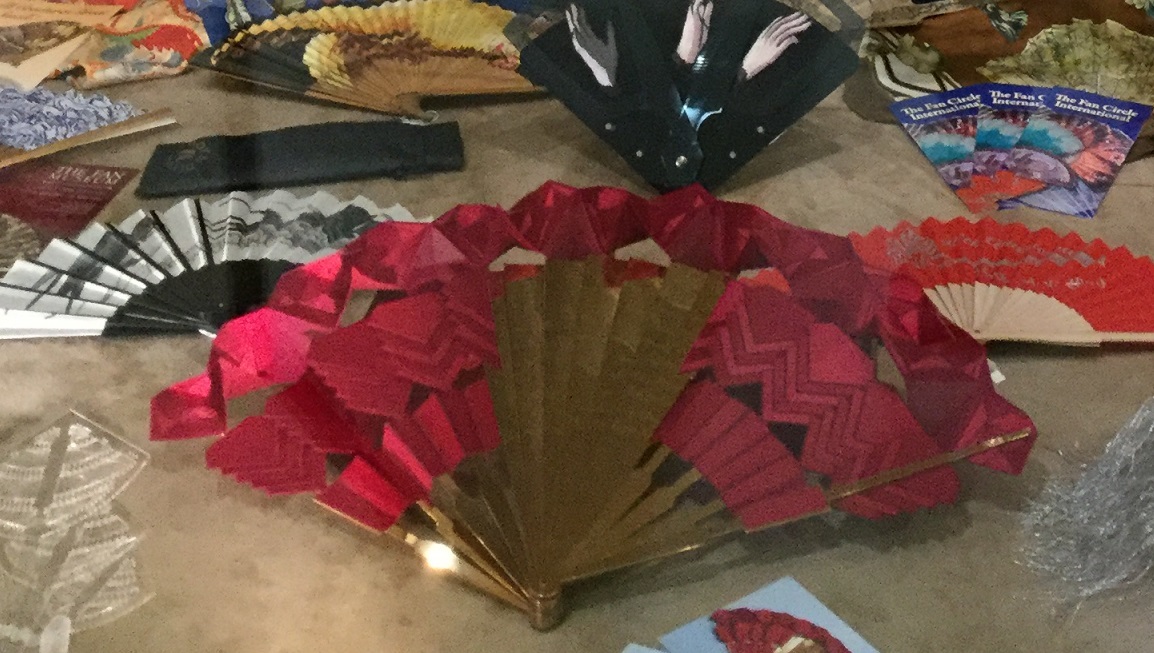 In addition FCI member and artist Lorraine Taylor-Kent produced a unique ŌĆśdisplay fanŌĆÖ with guards of highly shiny black Perspex material. The leaf was made of appliqu├® red gauze fan shapes, recognisable as folding fans and handscreens. The FCI Logo was embroidered in the centre. The background fabric is black net, with two layers of net at the top and bottom and a single layer of sheer net across the centre.
This fan was sold by informal auction during the Fan Circle AGM in Bedford to raise money for FCI funds. 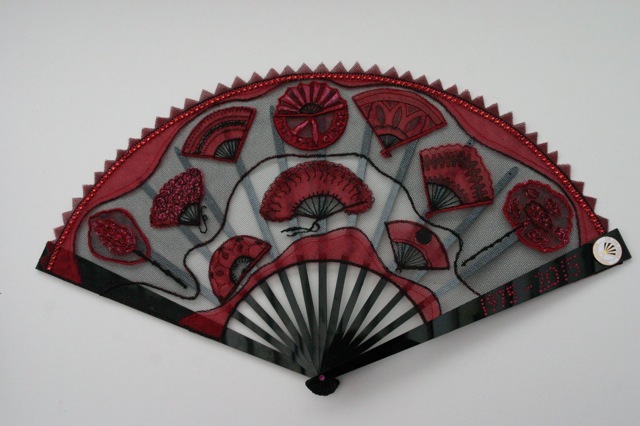 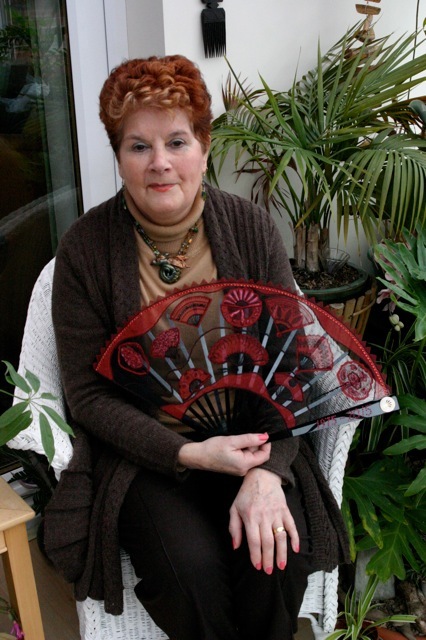 [Show thumbnails]
We use cookies on our website to give you the most relevant experience by remembering your preferences and repeat visits. By clicking ŌĆ£AcceptŌĆØ, you consent to this use.
Cookie settingsACCEPT
Manage consent